"A couple of weeks back my wife called me at work frantic because our heating had gone out. She wasn’t as much worried about the heating, but the dog, as he had just come home from surgery. It was the Friday of the bad snowstorm and I was sure I was out of luck in getting anyone out to repair my heating unit. I called a couple of companies. The first one did not answer their phone and the second one said they could not come out and could not promise to get out the next day either. A colleague told me to call Air Environment, so when I called I was not expecting them out but I thought I would try to get an appointment for the next morning. I was talking to Caroline in the office and I mentioned my situation with my Doberman. She told me they had a four-wheel drive truck and she would make sure someone got to me that day. Within the hour, Gary and Rick arrived. It turned out to be the power motor to the furnace but they did not have the correct one on the truck. Gary told me he would go downtown Nashville to get the part, but if the supply store was closed, he had a used one he could put in temporarily. I could not believe the customer service I was getting. He arrived back at my house with the new part and got my heat running again. I am just so delighted with the service from Air Environment, and this is the only company I will ever be using. I can’t speak highly enough about them and I certainly will be referring them."

"Always fast, professional, and quality service. .thx for your help!"

"We have used Air Environment for two houses now. Gary and his staff are some of the most HONEST sub contractors I have ever had the pleasure working with. I worked in construction for over 15 years and he is by far one of the best. They are know everything from repairs & replacements. Their prices are by far the most competitive in Middle TN. If you are on the fence on who to call you be a fool to not to give them a call."

"Great company. Have used them for many years and find them very professional, helpful, and willing to go above and beyond their duty."

"A chose Air Environments because of the excellent review from a previous customer . I was a little worried because although the review was great , there weren't a lot of reviews .  My A/C went out and with my elderly mother at home I needed a quick repair . Not only were they extremely quick to respond , they did a great job , were more than fair on their pricing , and we're very honest . Even the lady who took my call late at night  was very nice and understanding . I'm sure there will be many 5 star rating to come , and I'm happy I decided to use Air Environment .  I love this company and wouldn't hesitate to recommend them . Thank You Gary for helping me out when I really needed help!"

"Gary and his team are amazing!!!  I have been a customer for several years and will continue to be loyal to Air Environment due to their outstanding work, honesty, and the friendliness of the staff.  It's such a wonderful experience to know that I can trust them with my two a/c units and I'm never taken advantage of.  They make themselves available any day of the week and they go out of their way to accommodate your needs.  I had a new a/c installed today and Gary found an issue with my existing duck work being to small to effectively support my new unit.  He switched out the vents from a 12' to a 14' at no additional cost to me.  My installation took much longer than expected due to this unforeseen issue but Gary never hesitated to do the right thing and fix this issue so I could get the full use/value from my new unit.  I don't know anything about a/c units so I definitely would never have known that my vent was too small so Gary could have left it and not said anything but that's not the person he is.  His leads his company by his high standards and all his customers benefit from it.  Thank you so much!!"

"Gary and his team at Air Environment have been servicing my heating and cooling unit since I moved to Franklin in 2010, and I've en happy with their work every step of the way.  Each spring and fall I set up a time for Gary and his technicians to come to the house, and they always arrive on time, work efficiently and professionally, and even take the time just to be friendly and neighborly.  From my experience, it is rare for a company to want to build the kind of relationship Gary has established with my family.  I couldn't recommend Air Environment more highly."

"I can highly recommend Air Environment, I have been  using them for 10 years now both at my home and office.  They do quality work and are very professional with every visit. Gary keeps my old unit at home up and running for me but I just recently had to replace the system at my office.  The unit was on the roof and I watched all four guys work to get the old one off  and the new one installed.  Their team work was second to none and I was very impressed how well the crew worked together.  New unit works fantastic."

"I have been using Air Environment on my personal and business  for 10 years and they have  always been great even when I send out a SOS they come right away and fix the problem.  Gary and his work staff have always been professional and courteous.  I would never use anyone else." 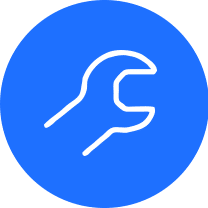 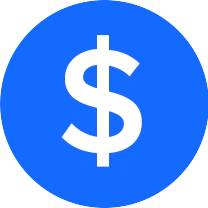